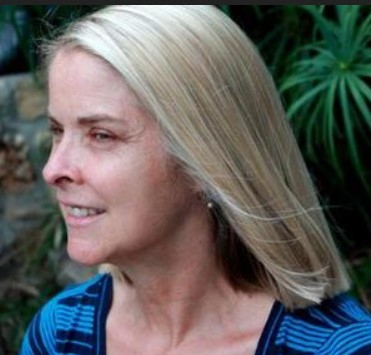 Anne Forrest is an original member of the Brain Injury Association of America (BIAA) Brain Injury Advisory Council (BIAC), which was established by BIAA President and CEO Susan Connors in 2008 to provide input and feedback on a broad range of activities, especially those involving brain injury awareness and advocacy. She will share her life journey and her current challenges as the mother of a public school student trying to support her son's remote digital learning experience while simultaneously managing her own struggles with technology.

Anne sustained a traumatic brain injury (TBI) in 1997 when she was rear-ended while driving in Washington, D.C. She woke up early the following Monday morning with the worst headache of her life, yet she continued into work. At work, the lawyers she worked with suggested that she should see a doctor. She refers to this as her first clue that she had a brain injury, as it hadn’t even occurred to her to see a doctor until that point.

She recalls the doctor telling her she had whiplash and that she should take it easy. After a week at work, Anne was politely told to go home and rest when she couldn’t add up the hours on her timesheet. She eventually saw a neurologist, who told her she had had a mild traumatic brain injury (mTBI).

After more than eight years of piecemeal and uncoordinated rehabilitation, Anne was finally at a place of understanding in herself where she could look at the bigger picture of her life and where she wanted it to go. Since rehabilitation after a brain injury is slow and cumulative, those years of mismatched therapies, ironically — plus her tenacity to get better — helped Anne build the necessary foundation for her recovery.

Like everyone’s day-to-day life, Anne’s doesn’t always go as planned. Some days she gets headaches for no specific reason, or is extra tired. “I can’t multitask, I can’t split my attention,” she says. “I never answer the phone when I’m cooking, and when I’m watching or playing with Daniel, I can’t do anything else simultaneously. Some people don’t understand how much attention managing my attention takes. But, I know this about myself and although it’s not ideal, it’s the way it is. Sometimes I am just not on my game and I have to move to Plan B, which often involves asking for help.”

As a parent to a child learning from home, Anne's is a remarkable story or resilency and growth.