In eight hours, you could drive from Austin to New Orleans for soul food and zydeco, or you could head west to Roswell to find out if aliens really exist. You could take a trip to the Gulf, wriggle your toes in the sand, and come back home. You could get on a plane and fly to Alaska or Hawaii or Panama. You could even run a marathon – or two or three, if you’re strong enough.

You can do amazing things in eight hours. 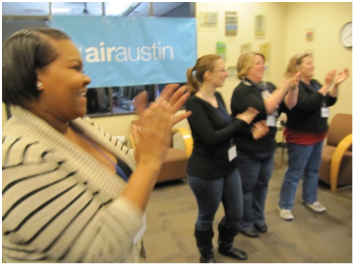 Trust me, spending eight hours in front of a computer coding a Web site can be just as exciting as hopping a flight to the great white north (and much warmer, this time of year). Just ask the developers who came out on Saturday for the 14th annual Accessibility Internet Rally for Austin.

Imagine it: 21 web developers, five non-profit organizations, and dozens of volunteers, supporters, and judges, fed, caffeinated, and locked up for the equivalent of one workday, fighting to design, build, and test the best accessible website possible.

Coding Under Pressure (and Having Fun Doing It!)

Then, at 8:00am, everyone gathered in the lobby to fire the metaphorical starting gun. Volunteers cheered on the developers as they dashed to their seats to start their work. After that, little was heard throughout the halls and rooms of New Horizons Computer Learning Center other than the clacking of keys.

That is unless, of course, you were waiting in the Judging Pit. The AIR judges had their own space where they hung out 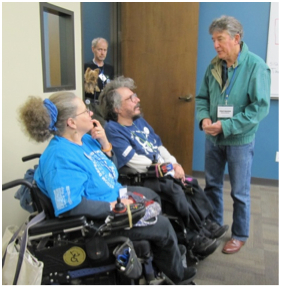 and were available to answer questions from participating developers. They filled the rest of their time by singing 60s war protest songs, looking at pictures of Ann Abbot’s trip to Amsterdam, and spying through the windows to admire Jim Thatcher’s shiny new BMW.

Meanwhile, the five development teams worked side-by-side with their assigned non-profit organizations to make their accessible website vision become a reality. Representative Elliott Naishtat, the 2012 Honorary Chairman for AIR-Austin, dropped by after lunch to thank the teams for their hard work to eliminate the digital divide present in our community. The teams looked up long enough to say "hello" and nod in appreciation. And the judges gathered together for a picture. 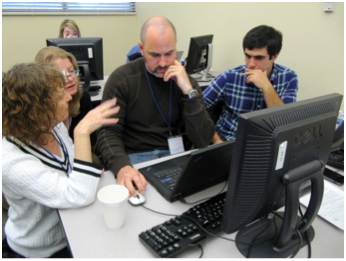 As the day sped by, the intensity grew. With the 5:00 deadline looming. Spurred on by the clock and tweets of encouragement, each team found ways to maximize the time for ultimate coding potential. From eating lunch at their stations to skipping team photos (“Our fourth team member will be back for the picture at 5:00. We promise.” Uh, huh, sure…). One group even locked me out of the room as I came to sound the warning bell that time was up. Little did they know that I had a key handy for just such an emergency.

Sharron stepped in to sing a "good-bye" song as the minutes ticked past 5:00 with developers still glued to their keyboards, and teams ended the day in the same way that they’d started – amidst cheers and applause of gratitude from Knowbility staff and volunteers.

Over the next few weeks, our judges will evaluate the sites these teams built. They'll go over them with a fine-toothed comb to identify accessibility errors and point out successes. The winners will be announced at the 2012 Dewey Ceremony & AIR-Interactive Awards at South by Southwest Interactive Media Festival.

If you’re going to be in Austin on March 11, we want you to join us! Be sure to RSVP for the party.

In the meantime, take a look at what these development teams accomplished in eight hours! 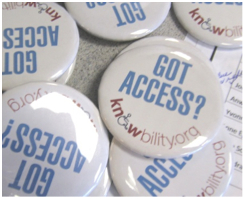 Want to see more? Check out the sites built for AIR-Interactive, the all-virtual competition held concurrently with AIR-Austin:

Thank you to all participants and volunteers! We appreciate your contributions, look forward to assessing your efforts, and can't wait to announce the winner on March 11.