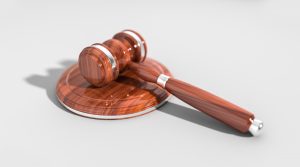 Two bits of news about the Americans with Disabilities Act (ADA) in the last couple weeks are of concern for people with disabilities. It is also concerning for those of us working in the field of accessibility:

Here are my thoughts on the matter. Please note that I am not a lawyer, merely an advocate that has been active in disability rights for a couple decades.

First, I can only add my voice to that of so many disability rights advocates and allies and decry these attacks on civil rights. The right to access is a civil right. It's not a "nice to have." Neither is it an "unfair advantage."

Title II of the ADA prohibits discrimination on the basis of disability in all services, programs, and activities provided to the public by State and local government.  As the ACLU points out, the guidance documents basically stated that people with disabilities are entitled to integrated employment.

Today the Department of Justice rescinded ADA guidance stating that people with disabilities are entitled to integrated employment.

The DOJ justifies this withdrawal by saying it is intended to give stakeholders more time to discuss. Some think it's just a delaying tactic.

Will this have an impact on designers, developers and web accessibility advocates? It's hard to tell off-hand. It may well have an impact, as most of these things don't exist in a vacuum. But we'll have to see. What is likely to have a more direct impact, though not in an obvious way, is the elimination of the work on guidance documents about web accessibility.

The DOJ started work to issue new regulations about website accessibility for "places of public accommodation," State government, and local government in 2010. This has been a very slow process. In July 2017, they announced that this rulemaking work was placed on the "inactive" list. And as of December 26, 2017, the rulemakings have been officially withdrawn.

The first reaction many people have had is that this means websites don't have to be accessible under the ADA. Don't be fooled! It's not that simple.

Remember that the ADA came into law in 1990, long before the web became what we know today. There were many rules, including about physical access to places of public accommodations. In other words, commercial facilities and

"businesses that are generally open to the public[...], such as restaurants, movie theaters, schools, day care facilities, recreation facilities, or doctor's offices."
https://www.ada.gov/ada_title_III.htm

The spirit of the ADA is to stop discrimination against people because they have a disability.

The withdrawal of the guidance documents work means that we don't have definite regulations and clear guidelines on web accessibility under the ADA. But it doesn't mean that sites for places of public accommodations don't have to be accessible. Instead of clear guidelines, we're left with relying on case law resulting from multiple lawsuits.

Lainey Feingold, a well-known disability rights lawyer, succinctly pointed out that everyone would benefit from regulations, but that short of that, the ADA still covers websites, and that court orders confirm it.

You may wish to read Lainey's full write-up about this.

We've already seen a lot of lawsuits against companies on the basis that their websites are not accessible. Some claim they are nuisance lawsuits. Some disability rights advocates and web accessibility professionals even see demand letters and threats of a lawsuit as harming the cause of web accessibility.

Regardless of how we feel about it, the fact is the cases that make it to court have a significant impact on the future of web accessibility. This is especially true since there will not be official regulations in the foreseeable future.

Despite the withdrawal of the guidance documents, designers and developers have to make sure they create sites and applications that work for people with disabilities. And for those of us advocating for accessibility, it means we have to work even harder to explain the need and requirements for web accessibility.