For the fourth installment of our 30-Second Interview, Whitney Quesenbery, who will be doing “2 ½” things at AccessU, talks about discovering the importance of accessibility, getting older, and how learning even the simplest things can completely change a user’s experience.

My name is Whitney, and I believe in accessibility. I primarily work in user experience, but who along the way discovered accessibility because accessibility is simply experience for even more people. That’s how it’s defined in the ISO standards – it used to be a completely separate part of their taxonomy, and now it’s defined as usability for the broadest range of people. 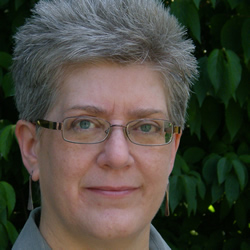 What will you be doing at AccessU?

At AccessU, I am doing 2 ½ things. I am doing two presentations and a panel that are part of the Usability and Design track. One session is about how to do usability testing quickly and inexpensively, using a minimum of resources. It’s about how we can do the least work possible and still have it be really effective.

The other session is on conducting user-centered reviews. A couple of years ago, I ran a full day usability testing track, and people thought it was great – but they kept saying that it’s really hard to get access to people – it’s hard to get access to people with disabilities, hard to get out of their office, and hard to get permission. A user-centered review is a technique where we think about people who are real out in the field, and write a little story for them. For example, I could say, “I’m my friend Mary. I’m in a wheelchair, but I have full mobility in my upper body.” You define who you’re going to be based on your own knowledge, plus other research, and channel them, be those people for the review. It’s an easy technique that doesn’t find everything, but it does find those first 12 stupid things you want to fix before you do a full usability test. Plus, it’s a great way to get your whole team involved. They can each take on a role, and each bring a different perspective.

For the panel I’m leading brings together some of the teachers from the design and usability track. Often, people will go out and do usability testing, then come back with a list of issues. Then what? We’ll talk about how to wrap it back in to the process.

Why do you care about accessibility?

I should tell you the story about how I went from “Yeah, of course we should do accessibility. Big deal.” It was just one of those things you should do. I had an amazing opportunity after the 2000 election to join a federal advisory committee to write national voting guidelines. The law that had been passed said that not only did we need voting systems that didn’t produce chads, but we had to make it available to people with disabilities, including the blind. We are still working to resolve the apparent conflicts between accessibility and security, but I believe it can be done, especially if we think of accessibility as an intrinsic part of the design, not an add-on.

Then I got older. And I got bifocals. Plus, I spend a lot of time watching people as part of my user experience research work. You start seeing how people struggle, and the different ways in which they struggle, and I began to see that if we took designing seriously for people outside the bell curve, it would help the people in the middle of the bell curve as well. If we consider all the different things that make us partially disabled at any time, we’d end up with technology and websites that are better for everyone. There are a lot of features that were originally just for accessibility that everybody uses. My favorite example is curb cuts. But I’m sure you’ve used Google maps right?

I’ve just spent the last two days doing interviews with people in the federal government who do emergency response planning. I constantly have this experience where I learn about things have no knowledge of.

But, more practically, I learned a new gesture on my iPad that has changed the experience for me. If you take four fingers and push the screen up, you get a little bar with all the running applications. You don’t have to go home and jump back to move between applications.

I’ll tell you about the most amazing thing I’ve taught recently – I’ve taught my mother how to use the contacts list in her phone. It wasn’t just me; it took me and a couple of people at Verizon. I think it’s on the same line as my iPad discovery – it’s the same type of basic knowledge.

I once put together a report called “It’s Easy Once You Know How.” We were testing two small business systems with everyone from the small business owner doing her own bookkeeping to an accountant who managed a team of bookkeepers. At some time during the 90 minutes we spent with them, every one said that “It’s easy (do use this software) once you know how.” It’s true of so many things… including accessibility.

What would you tell people who don’t think accessibility should be a priority?

Planning on getting old, one day?

That is what I tell them. That they may not think it’s a priority because they’ve never seen its impact. I guess we can turn that around and say people with disabilities have been invisible because it’s hard for them to be out in public. The more you see the impact, the more you want to do it.

But really, I just say, “Planning on getting old?”

Find out how to age gracefully (at least in the digital realm) with Whitney. Find her on Twitter at @whitneyq, visit her website www.wqusability.com and check out all her presentations at AccessU: http://do.knowbility.org/v/staff-detail/Whitney-Quesenbery/78/.

Want to understand how people use screen readers? Learn about the user experience with native screen reader demonstrations from Knowbility.